they’re selling postcards of the hanging 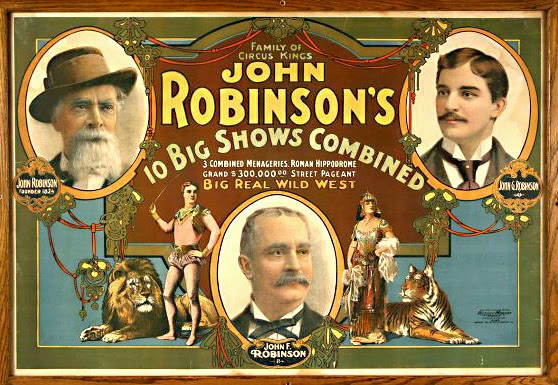 On this date, 94 years ago, The John Robinson Circus was setting up for a one-day stop in Duluth, Minnesota. Two teenagers, Irene Tusken and James Sullivan, attended the 8 o'clock performance. At 9:45, after an evening of entertainment, Sullivan and his date went home. Tusken briefly talked with her parents, then bid them "good night" and went off to bed. At midnight, Sullivan reported for his night-shift duty at the ore docks. Around 3 AM, more than five hours after the circus performance, Sullivan told his father, a dock supervisor, that he and Tusken had been accosted at gunpoint by several black circus workers. He went on to say that they raped Tusken while he was held at bay. Astonished and angered, Sullivan's father called the Duluth Police to report the incident.

At 4:30 AM, workers at the circus grounds had just finished packing up the rigging and equipment and loaded it all on a train. That train was stopped by police. One hundred and forty black laborers were awakened and lined up alongside the train tracks. When Sullivan and Tusken arrived, they hesitated and expressed difficulty in identifying the men who attacked them. They randomly chose six men who, in their assessment, fit the approximate description and body size. Police questioned other workers and, eventually arrested the six.

The story of the rape swept through town. A crowd — swelling to nearly 10,000 — gathered at the police station. They threw bricks and screamed for justice. The city's public safety commissioner, acting as leader in the absence of the Chief of Police, ordered officers not to draw their guns. Without the benefit of proper crowd control, the police were helpless. The rabid throng broke into the police station and began to saw through the bars on the small cells inside. The terrified prisoners began praying. After gaining access, the mob pulled Isaac McGhie, Elmer Jackson and Elias Clayton out of their cells and out into the street. The men beat them. The women kicked and stomped them with high-heeled shoes. The crowd dragged the three men — each barely 20 years old — for several blocks and hanged them, one-by-one, from a lamp post at the corner of Second Avenue and First Street. Then the people jockeyed for prime position to pose with the dead men for a photograph. Elias Clayton was cut down, his half-naked body tossed on the sidewalk so he would fit in the photo. The smiles and laughter cast an eerie dichotomy with the lifeless and twisted figures at the photograph's center.

Subsequent questioning and further investigation suggests that no rape or attack had taken place. No one was ever charged with the murders of McGhie, Jackson and Clayton. Max Mason, a fourth black circus worker, served four years in prison for his involvement in a crime that never happened.

We should never forget incidents like this. We should talk about them and not sweep them under the rug, pretending they didn't happen. And we, as a society, should be ashamed of ourselves.

www.joshpincusiscrying.com
Posted by josh pincus is crying at 4:38 PM