let's call this song exactly what it is 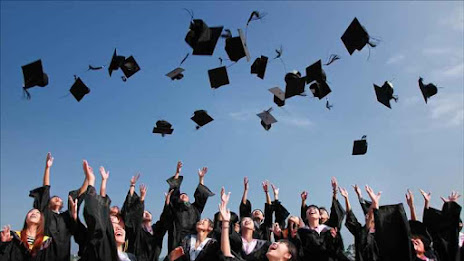 Four jobs ago, I used to ride the train every day to downtown Philadelphia. I'd see a lot of the same people at the train station (which is just a few feet from my suburban Philadelphia home). Of course, I didn't know any of these people. They were just commuters, like me, on their way to work. In my mind, I'd make up little stories about them to amuse myself while I waited for the train to arrive. I had a lot of time to let my imagination wander, as the train was rarely on time.
There was one guy who I saw on an almost daily basis. I don't like to pass judgement on people (who am I kidding? yes I do!) whom I don't know. But, as human nature would have it, I formed an instant opinion about this guy from the moment I saw him... and I didn't like him. He always sported a smirk on his face and swung his large briefcase nervously as he expounded some long-winded explanation to a small group of similarly-dressed men in way-too-loud a voice.

The job to which I referred — the one that was the destination of my train ride — was working at a mid-sized law firm. While my position didn't require me to interact with lawyers regularly, I did have several encounters with attorneys over the course of the dozen years I worked there. Some of them — not all — were arrogant and nasty. The ones that fit into that category all exhibited the same hubris in their conversation, demands and actions. Sure, there were plenty of lawyers who were nice and personable, but still, there was this over-arching air of "I am better than you" that one could feel hanging heavy in the course of any verbal exchange — no matter how brief or lengthy. In my personal experience, I concluded that those who attended law school were convinced that the certificate they received upon graduation assured expertise in the field of law — as well as every other profession. Even ones in which their course of study did not cover. I don't remotely profess to know anything about the legalities of anything, but I have had attorneys point out all the things I was doing wrong in graphic design.

The guy at the train station, I discovered via a long-time friend and travelling companion, was a lawyer. I revealed my instant, though admittedly baseless, dislike of this guy to my friend. My friend vehemently dismissed my assessment of the guy, telling me, "No! You've got him all wrong! He's a sweetheart!" Granted, my friend is an eternal optimist, always seeing the sunny side of pretty much everything. She likes everyone. I can't understand how we've been friends for so long.

Sometime after my friend's reprimanding of me, I overheard the train station guy again. It was tough not to overhear him, as he spoke loudly. Very loudly. Way too loudly for the other person in his conversation. He spoke as though he was addressing the entire train station assembly. Perhaps he was. All he was missing was a podium. He spoke of how he was running for a position on the local school board and talked about all of the plans he had once elected.

(Get ready for another opinion)

I have lived in my house for 35 years. I love this neighborhood, but there is a very elitist attitude among some of the more  — shall we say  — "affluent" citizens. Their houses are bigger than mine. Those big houses sit on more property than I own. And their "say" in local matters is more influential than mine. This little coterie likes to serve on committees and tell other people what to do. Makes 'em feel important and a contributor to "the greater good" — their own personal "greater good." The train station guy is one of those "I like to serve on committees" people. He won a spot on the school board and, subsequently, became the head of the school board of my district.

I don't take the train to that job anymore. As I mentioned, I have had three jobs since then, so I don't see the train station guy anymore. Until this week.

It's graduation time and, as head of the local school district, the train station guy offered some words of inspiration to the high school graduating class of 2021. Clad in an honorary cap and gown, a pair of comically-large glasses perched on the bridge of his nose, the train station guy delivered a speech in which he quoted — although misinterpreted — from a blog post by an acknowledged hero of his, Professor Heather Cox Richardson, a professor of American History at Boston College. The train station guy related anecdotes about abolitionist Frederick Douglass, saying that Douglass had a "pretty good position" relative to other black slaves.  He also said that his escape to freedom in 1838 was — and I quote — "ridiculously easy." The majority of the student body of the high school is African-American. Murmurs rumbled through the audience and graduates as the words echoed through the public address system. The train station guy is just another white guy in a long line of white guys who don't know when to shut up about things they don't know about. Oh... wait.... there isn't any subject they don't know about.
A very short time after his speech, an official announcement from the school board was released. It explained that the train station guy was stepping down from his position as school board head. It also related an apology for his insensitive expression and inappropriate use of the forum. The story made local, national and international news. A YouTube video of the commencement ceremony was edited and carried a newly-inserted disclaimer at the beginning.

I can't understand how the speech got as far as being actually spoken. Didn't the train station guy run it by a few close friends or family members or colleagues or anyone who isn't white before saying "Yeah, this sounds right. This is what I'll go with."? In all of the wisdom which he flaunted at the train station, couldn't he see the insensitive and hurtful nature of the words he deemed appropriate for a high school graduation speech? I suppose not.
But it looks like my first impression of him was spot on after all.
www.joshpincusiscrying.com
Posted by josh pincus is crying at 7:41 AM