nothing but the water 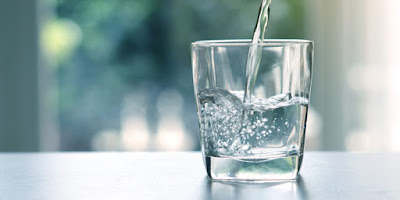 I used to drink a lot of soda. My all time favorite was root beer. I loved drinking root beer when I was a kid, eventually discovering the miraculous flavor transformation my favorite soda made with the addition of a scoop of vanilla ice cream. (Recently, a young neighbor of ours was introduced to root beer floats — or "black cows," as they are called regionally. He told Mrs. Pincus and me that he was going to make us root beer floats, as though he had just invented them. He excitedly ran across the street to his house, we assumed, to prepare his version of the treat. Minutes later, we saw him run out of his house — empty-handed — and head down the block. We called to him, asking where he was going. He screeched to a halt, explaining that he was lacking some of the ingredients... specifically root beer and vanilla ice cream. He said he had everything else.) My father also liked root beer, which is kind of odd, because my father didn't like anything.

Somewhere also the way, I switched my soda preference to Diet Dr. Pepper. Sure, I tried regular Dr. Pepper, but I had always shied away from sweetened soda. All I could ever taste was the sugar. I gravitated towards the diet versions. I really don't care about the alleged detrimental effects of artificial sweeteners, so I actually preferred diet sodas. I liked Diet Dr. Pepper, but I eventually started drinking Diet Coke. I drank a lot of Diet Coke. An awful lot. Then I started drinking Coke Zero, buying into that "zero sugar" claim, but I really didn't care for it. I started to search for some other carbonated beverage to drink.

After one of my vasovagal syncope episodes, a doctor recommended that I drink more water. I interpreted that to mean any form of water. So I began buying and drinking a Walmart branded product called Clear American. The label ambiguously declared Clear American to be a "carbonated water beverage." My son, a seltzer aficionado, turned his nose up at the product, calling it "no better than soda." To prove his point, he served me a bottle of Topo Chico, a bubbly mineral water bottled at a source in Mexico, for comparison. It was good, much different from the 63¢-a-bottle, artificially-flavored stuff I was buying by the case at Walmart.. But not good enough to get me to buy it regularly. I finished the one-and-only bottle of Topo Chico I've ever had and moved on to find the next thing that would become my drink of choice. After passing on another brand of soda and plethora of trendy — and overpriced — seltzers, I found what I had been looking for right in front of my face. It had been there the whole time.

There is actually a pipe in my kitchen that dispenses it any time I want. I have totally given up every other drink in favor of water. No exotically-named water bottled at some secluded, faraway source. The plain old clear H2O that I pay the fine folks at AQUA PA to pump into my house is a perfectly suitable drink. It goes with everything and clashes with nothing. It doesn't over power that taste of any accompanying food. Sure, I still drink coffee and tea, but, technically, they are just brown water and lighter brown water.

I don't miss soda at all. I haven't had any in years. I find it amusing when I skip the soda aisle at the supermarket. I get a laugh at the growing number of choices of flavored seltzer and sparkling water...  and the folks pondering the selection.

Those are the sort of important decisions that I reserve for the cereal aisle.

www.joshpincusiscrying.com
Posted by josh pincus is crying at 8:04 AM