I count all the charms about Linda 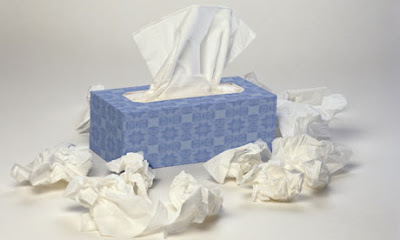 On Sunday afternoon, I went to the funeral of a lifelong friend of Mrs. Pincus. She was a woman who my wife met when they were kids. They remained in and out of touch with each other until her death just this past week. I didn't know her very well. I only met her a handful of times, but she was always friendly and smiling and seemed genuinely happy to see me. I found out that she was more genuine than I imagined.

Linda was just 54 years old and ill for nearly seven years. However, as it was soon revealed, throughout the course of her illness, through the ups and downs, the gravity and relapse, she never complained. Never. She just lived life to its fullest and did all that she could in the time she knew she had left.

Linda's funeral was, easily, the saddest funeral I have ever attended. The funeral was arranged through the most prominent Jewish funeral director in Philadelphia. Mourners began arriving hours before the ceremony. By the time the 1 o'clock start time came, the chapel was jam packed. Every seat was taken. Guests arriving late stood and lined both side walls, as well as the rear wall. The lobby, too, was brimming with people unable to secure a spot in the main sanctuary. It was announced that the service would be broadcast into the lobby for the benefit of those gathered. The service itself – the requisite prayers and recitations – was brief. The bulk of the ceremony featured personal tales from family, detailing Linda's warmth and kindness. Everyone who spoke – a niece, her three brothers, her mother, her daughters – all uncannily expressed the exact same sentiment. Linda was truly a nice person. The nicest. She had the ability to make everyone feel like they were the only person in the world. The running – yet unrehearsed – theme of the day was: "Everyone was Linda's best friend." It wasn't just something she said. It was something she made everyone believe... because it was true.

After interment, the family and mourners returned to Linda's synagogue for shiva, the traditional gathering after a Jewish funeral. Linda's widower is the rabbi at the synagogue and he bravely led the service, in spite of being a mourner himself. Just before the final prayer, he opened up the floor to anyone who would care to share a story or anecdote about his late wife. Instantly, hands shot up throughout the packed sanctuary. The rabbi recognized and called on everyone one at a time. There were childhood friends, distant relatives, congregants, friends of her children, neighbors. Every story, every single story, shared the same common theme: Linda was a sweet, fun-loving soul who made everyone feel privileged and yes, even blessed, for knowing her.

My wife and I went to three evenings of shiva and, despite being on weekday nights after a long Labor Day weekend, the crowds remained enormous And the stories about Linda continued to be heartfelt, uplifting and truly inspiring.

It was a funeral and subsequent remembrance that we all wish for ourselves when our time comes. Few of us, however, will receive it. Or deserve it.

Posted by josh pincus is crying at 8:04 AM