now what you hear is not a test 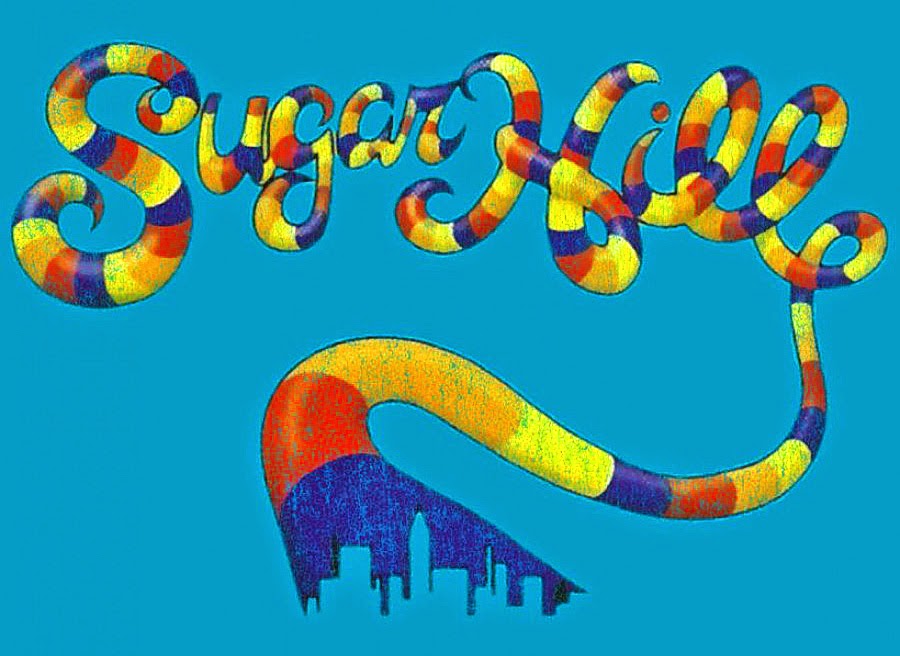 The early 80s was a transitional period for music. The brief Disco Era was on the decline. The mainstay rock-and-roll heavyweights were still trying to maintain a grip on the once-mighty genre now categorically referred to as "classic rock." A wide variety of music jammed the radio airwaves, from the sappy sentimentality of Air Supply and Melissa Manchester to the faux macho bravura of John Mellencamp (still sporting his tough-guy "John Cougar" moniker), to the frenetic energy of budding new-wavers like the Human League and Adam and the Ants. And I listened to all of it. I had no real choice. In those days before Spotify and iTunes, you listened to what the radio told you to listen to.

In the early 80s, I was a struggling art student earning tuition money by working in my cousin's health food restaurant. By day, I was packing away burgers and Philly cheese steaks, while at night, I would offer baked eggplant and bulgur wheat casseroles to a regular crowd of gaunt, pale tree-huggers who all looked like they could benefit from a good steak.

After classes, I would rush to the restaurant, ditch my imitation leather portfolio and tie on an apron. The building was a tall narrow structure, so the kitchen was on the second floor. As I was pulling my hair back into a ponytail on my way down the stairs, I passed by Tony, who was elbow-deep in a sink full of soapy water. Tony was hired to do a little bit of everything. He could shove a pre-made casserole into the oven. He could sweep the back-porch seating area. He could assist me behind the cafeteria counter at particularly busy times. But, mostly, he could keep the kitchen in a state of sparkling cleanliness. Tony was a great guy and he opened me up to an unknown world out side my small, sheltered, white, Jewish, Northeast Philadelphia existence. As Tony scrubbed that stainless steel to a mirror-like shine, he found his groove from the unusual tunes coming from the radio perched on a nearby windowsill. I had never heard anything like those sounds. It was rhythmic, tribal, raw and infectious. No radio that I owned ever picked up sounds like that. Tony closed his eyes, bobbed and swayed his head and, at machine-gun speed, harmonized with the singer.

He followed the line with a guttural, yet musical, laugh — ha ha ha HA ha. He continued. It was awesome.


They pushed that girl in front of the train
Took her to the doctor, sewed her arm on again
Stabbed that man right in his heart
Gave him a transplant for a brand new start
I can't walk through the park cause it's crazy after dark
Keep my hand on my gun cause they got me on the run

"Oh my God, Tony!," I sputtered. I couldn't get the words out fast enough. "What is that?"

"That's the joint, man!," he smiled and replied and that was all the answer I needed.

Of course, it was the ground-breaking hip hop classic "The Message" by South Bronx pioneer rappers Grandmaster Flash and the Furious Five. I needed to own it. It was the most incredible thing I had ever heard, cutting through the FM radio sameness of Foreigner/Eagles/FleetwoodMac. I couldn't get it out of my head. The next day, I ran to The Sound of Market Street, a store where I made the majority of my record purchases. I wandered into a section of the store that I usually ignored. It was the R&B section. The walls displayed LP sized singles by bands I never heard of — Sugarhill Gang, Kurtis Blow, Afrika Bambaataa & Soul Sonic Force. (There was Fab 5 Freddy, who I heard mentioned in a Blondie song, but, at the time, I didn't know what Debbie Harry was talking about.) My head was spinning. I grabbed an armful of random selections, making sure that a copy of "The Message" was among them. My next few hours at art school were difficult ones. I knew those disks were in my bag, just aching to spin on my turntable at home. And, when I finally arrived home, that's exactly what I did.

Soon, I was buying full-length albums by RUN-DMC and LL Cool J, along with more 12" singles by Grandmaster Flash and the Furious Five and Sugarhill Gang. My collection was supplemented with "The Message II," "Apache," "New York New York," and "White Lines." I knew every word, every beat, every scratch and every rhyme and proudly sang along. Among my friends and their unwavering allegiances to The Cars and Huey Lewis, these songs were like my dirty little secret.

Suddenly, someone in "mainstream recordland" got wind of this surging genre. Next thing I knew, aging rock relics Areosmith had joined forces with DJ Run and his cohort Darrell Mac to pump new life into the leering schoolboy anthem "Walk This Way." Now, rap had crossed the race line and it was everywhere.

But sometime, when I wasn't looking, rap got angry. Rap got ultraviolent and misogynistic and a bunch of other things it never was. And it lost its uniqueness. Somewhere, rap — that shining pillar rising above the bland sameness of commercial music — got boring.

Recently, Henry Jackson, better known as the Sugarhill Gang's "Big Bank Hank," passed away at 57 years old. His death brought back vivid memories of that new discovery. It was a small piece of time that, because of the combination of the innocence of the moment and the subsequent years that have passed, can never be duplicated.

www.joshpincusiscrying.com
Posted by josh pincus is crying at 10:37 PM