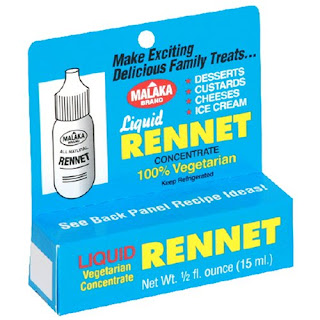 Today marks thirty-four years of wedded bliss shared by my beloved (and yours) Mrs. Pincus and me. I was the first one of my friends to get married. When I told my friends that was my plan, they were shocked. Josh? Married? Never! But it turns out that our marriage has outlasted a lot of marriages — and that says something. Something about the strength of my relationship with my wife. And we do have a great relationship. We have often said that we were destined to marry each other because no one would be able to put up with either one of us.

I was in the middle of my junior year at the Hussian School of Art, a small vocational institution located in Philadelphia. I was a typical budding artist — a strong-willed dreamer with unrealistic visions of fame and fortune filling my head. I footed the tuition bill myself, as my parents made it very clear that if I chose to further my education past free public school, I was on my own. So, at 19, I wandered into a bank and, with no idea what I was doing, applied for a student loan. Then, I had to figure out how to begin to save up to pay that loan back. I got a job at my cousin's vegetarian restaurant located a distant, but manageable, walk from school. Three days a week, I would pack up my art supplies fifteen minutes early and head out of my mostly informal classes. The majority of my instructors said nothing, but for the few that questioned my early exit, I would curtly justify my actions with, "I'm going off to pay your salary." My departure was usually met with a silent nod.

My job was manning the counter of a cafeteria-style eatery that did a pretty brisk lunchtime business, but slowed to a crawl during the dinner hour. To be honest, Wednesday and Thursday evenings were dead. Tony, my co-worker, and I would sometimes stare at each other for a couple of hours before the first customer would breach the doorway. Fridays would be a little busier, but by no means did we ever — ever — experience the so-called dinner rush. With our 10 PM closing time approaching, Tony and I would start to wrap up items that we knew we wouldn't use in the final hour, like salad ingredients and baked potatoes. I'd leisurely begin to sweep, then fill the mop bucket as Tony gathered up serving utensils and nearly-empty casserole pans to carry to our second-floor kitchen and deposit them in a sink of warm, soapy water. At 10 on the button, I'd lock the door and we'd get that place "spic 'n span" in record time.

However, there was that one particular Friday night — February 26, 1982, as a matter of fact — when things went a bit differently...

It was 9:30, a half hour from closing time and Tony and I were at our usual places behind the counter of Super Natural Restaurant, just killing time until I could lock the door for the night. Suddenly, the front entrance was darkened by three late-evening diners — two attractive girls and a guy — and I didn't want any of them there. Begrudgingly, I tightened up the ties on my apron and forced a smile to my face. Tony disappeared upstairs to get a jump on his dish washing duties, leaving me to handle the threesome on my own. The trio first perused the menu board then drew closer to the glass-enclosed counter to examine what was left of the evening's dinner offerings. One of the young ladies — a tall, pretty girl with long dark hair — was the first to speak. She pointed to one of the many recessed metal containers that filled the serving area — each sporting the evening shift's remainder of salad fixings. I followed the direction of her dark-hued, lacquered fingernail, as she asked, "Does the cheese contain rennet?"

I frowned and replied with five words. Five magical words that were flush with charm and allure — effortlessly melting the heart of this young miss. "What the hell is rennet?," I said.

She frowned right back. "It's an animal derivative that is used in the making of cheese. I keep kosher and if this is a true vegetarian restaurant, then you should be serving cheese that is made with vegetable-based rennet." She finished and smiled sweetly.

I dug in for a second salvo. "Kosher?," I asked, "I don't know anyone under 80 that keeps kosher." This conversation was in a downward spiral. The subject of "cheese" was not brought up again, as they placed their orders. As I tended to preparing their meals, they took seats at the first table-for-four in the small dining room. In a few minutes, I presented these diners with their late dinner. And I decided to hang around their table, even though I was not invited. Hey, I was 20 years old and the pursuit of girls was instinctively a top priority. Based on absolutely nothing, I decided that the first girl was too old for me. Instead, I focused on the other girl. She was cute and I brazenly asked for her phone number. I didn't know who the accompanying guy was with... and, frankly, I didn't care. She wouldn't give in, despite my relentless badgering. The first girl looked up from her dinner and interrupted my ploy with, "Do you have an older and taller brother?" Caught off guard, I answered, "As a matter of fact, I do." She laughed and scribbled her phone number on a scrap piece of paper. And still, her friend wouldn't relent. They finally finished and stood to put on their coats, explaining that they were headed to a midnight showing of the movie musical Grease. Just before they left, the first girl double-checked that I had her phone number for my brother and then punctuated her visit by telling me that I was the most obnoxious person she had ever met.

And that was it. They left. Tony and I cleaned the restaurant. He went home and I went home.

On Saturday afternoon, after finishing up a some work for school, I gave my older and taller brother a call. At the time, he was dating the woman who is now my sister-in-law, but a zillion years ago, the Pincus boys didn't know the meaning of the word "loyalty." I told my brother Max that I had met a girl and got her phone number for him. He stopped me before I went any further. "Could you call her first," he said, "and tell her I'm going to call? I hate having to explain who I am and how I came to make this call in the first place."

"Sure," I answered obligingly.

I hung up the phone and then immediately dialed the number written neatly on that little piece of paper. Susan, the girl from Friday, answered on one ring.  "Hello?," she said.

Once we got past the awkward re-introductions, our conversation touched on a wide variety of subjects. The next thing we knew, three hours had whizzed by as though they were mere seconds. "Damn!" I said, about to get brave, "Forget my brother! I'm going to ask you out myself!" She laughed. I laughed. And we went out on our first date the very next weekend. And then we went out the weekend after that. And the weekend after that. I never went out on a date with anyone else ever again. Susan and I were engaged before the year was over.

I still wonder, after 34 years of marriage, if I'm still the most obnoxious person she ever met. That's a title I don't want to lose.

www.joshpincusiscrying.com
Posted by josh pincus is crying at 7:59 AM