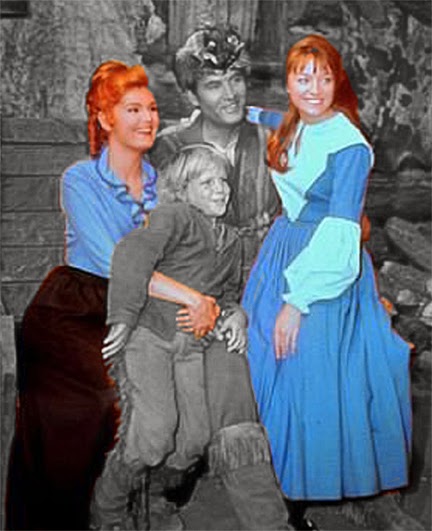 This story started out as a different story on a different blog. Last week marked the one year anniversary of the death of actress Patricia Blair. In keeping with the ongoing theme of my illustration blog (joshpincusiscrying.com — you should visit sometime), I drew a picture of Miss Blair and began preliminary research on her life. I got sidetracked, as I often do, and the drawing sat, unposted, on my computer's desktop.

Regular readers of my blogs know about my affinity for nostalgia — all things related to TV shows from my youth and black and white movies from before I was born. On an irregular basis, I attend collector shows to peruse the wares of like-minded vendors who offer memorabilia from days gone by. These shows also feature a smattering of celebrities, most of whose careers are on the wane. For a nominal fee, a nostalgia enthusiast, like myself, is afforded a few intimate moments with a hero from the small or silver screen, culminating in an autographed photo as a memento of the encounter. A few years ago, I printed out a couple of drawings from my website and presented them to Jay North (of Dennis the Menace fame). Jay was delighted and offered me an autographed photo as an exchange. Jeannie Russell, his co-star on the 60s sitcom, did not share his appreciation of my talent. Since that time, I began bringing prints of some of my drawings to celebrities at collector shows in hopes I could score an other free pic. So far, it just worked the one time. But I'll keep trying. 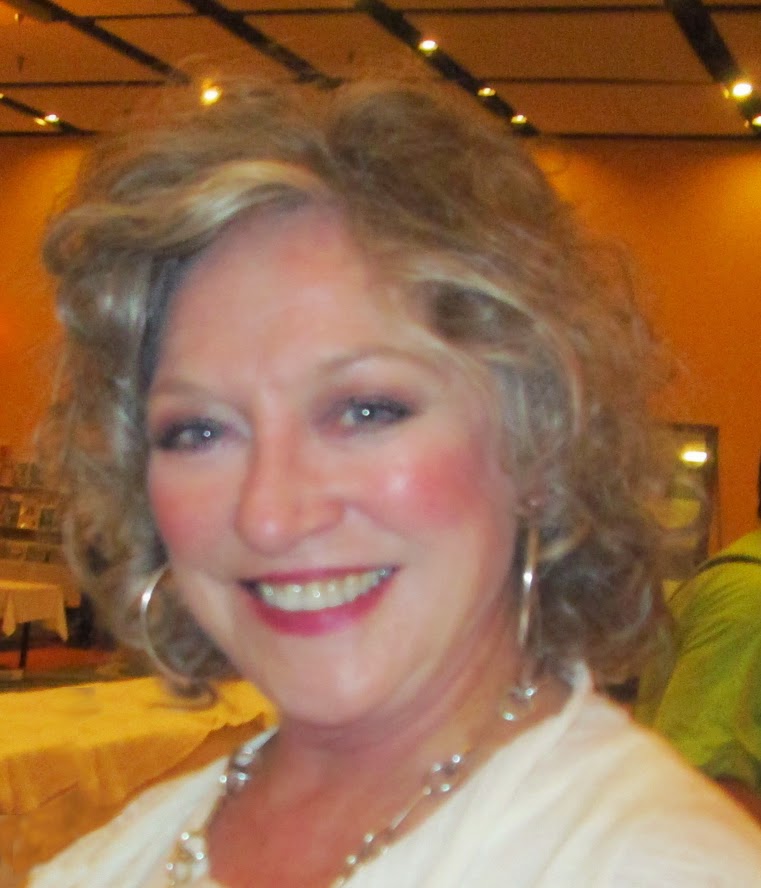 This past weekend, Mrs. Pincus and I attended the annual Mid-Atlantic Nostalgia Convention in Hunt Valley, Maryland. Before we left I printed out a few drawings on glossy paper to present to Veronica Cartwright, who I knew would be one of this year's guests. Ms. Cartwright, who began her career as a nine-year-old extra in a World War II drama, has worked steadily for seven decades. She is best known as the female crew member of the Nostromo who wasn't Sigourney Weaver in the 1979 sci-fi thriller Alien. As a child, she was tormented by flocks of murderous birds (and possibly Alfred Hitchcock) in The Birds. She also played Beaver Cleaver's neighbor Violet Rutherford, (She even gave the Beave his first kiss.) She has appeared in scores of supporting roles in TV and movies, too numerous to detail. (Her IMDB page puts the number at 134.) In addition, she is the older sister of Angela Cartwright ("Penny" on Lost in Space and "Brigitta" in The Sound of Music).

When we arrived at the Hunt Valley hotel that was hosting the event, we made our way to the conference room, already bustling with conventioneers. Anxious vendors hawked their bits of pop culture and eager patrons queued up for a "brush with greatness." As I approached the table where Ms. Cartwright sat, I fished around in the manila envelope I was carrying. I withdrew my drawing and, with a flourish, presented it to Veronica, explaining how we loved watching her adventures on reruns of Daniel Boone. Veronica, who starred as Daniel's pre-teen daughter "Jemima" on nearly two seasons of the 1960s Western, looked down at the shiny colored print and sneered. 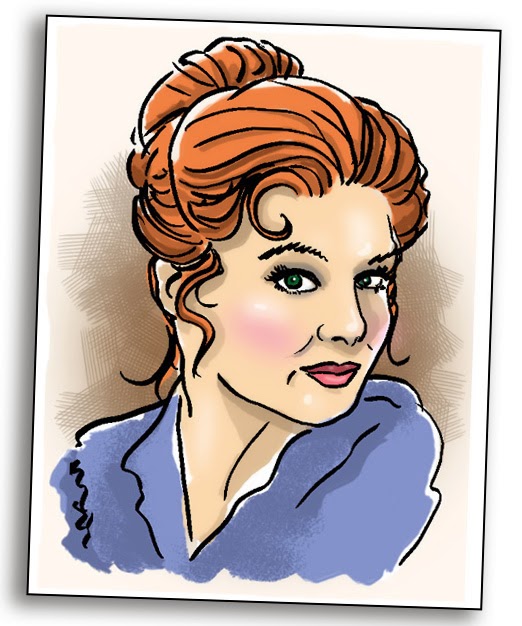 "That looks like Pat Blair," she frowned, "Why would I want that?"


I was confused and I stated the obvious. "She played your mom on Daniel Boone."

Veronica laughed. "Oh, I know that! It was because of her that I was kicked off the show!" She jabbed a finger in the direction of Patricia's drawn nose.

I gulped. Ooops! I hit a nerve! My wife and I exchanged awkward glances as Veronica elaborated.

"I was fifteen," the actress continued, "and they were developing story lines with love interests for my character. Pat had it written into her contract that I couldn't have romantic episodes. She felt it made her seem old. She gave an ultimatum - and my character disappeared without an explanation near the end of the second season." Veronica went on to tell about the time teen idol Fabian was a guest on the show and, during an on-screen kiss, he jammed his tongue down her throat. At the time, Fabian was 21 and Veronica was jail-bait.

I sheepishly took the drawing back, tucking it into the envelope. As a peace offering, I offered a drawing of the cast of Alien. She liked that one better.

I'm thinking of sharing my anecdote with TMZ. Y'know, the old-timer's edition.

www.joshpincusiscrying.com
Posted by josh pincus is crying at 9:49 PM