so pile on those mashed potatoes and an extra chicken wing 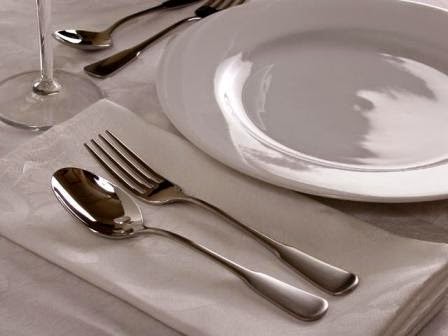 Did you ever walk into a restaurant for the very first time and think to yourself, "Well, I'll never be coming back to this place again."? We went out to dinner last night with some friends and that thought popped into my head as soon as I walked through the front door of the Hibachi Grill and Buffet.

I will be the first to admit that I have unusual eating preferences. I am a vegetarian. I have been for eight years. I do, however, eat fish. There are plenty of die-hard vegetarians that will tell you that, because I eat fish, I am not a true vegetarian. To them I say, "Fuck you, broccoli-lover." I am very particular about which types of fish I eat. I like salmon, flounder, tilapia and tuna. And that's about it. I don't like fishy fish. I also don't eat shellfish. Aside from the fact that I have observed the laws of kashrut (keeping kosher) for nearly thirty years, oysters and clams look like snot to me. Crabs and lobster seem to involve too much effort for a meal. I like to eat with a knife and fork. I don't care to have a hammer and nutcracker as dinnertime utensils. As a vegetarian, I don't eat a lot of vegetables. I like corn, potatoes, peas, carrots and the occasional asparagus stalk, but it pretty much ends there. To make up for it, I eat a lot of cookies salad.

Hibachi Grill and Buffet offers a small (as compared to the sumptuous spread available at most casinos) buffet. Several food service ares are set up in the center of a large room, the dimly-lit perimeter of which is sectioned off for seating. Among the predominantly Asian-centric fare was a selection of pork, beef and poultry. The seafood was mostly of the shell-dwelling variety.

An out-of place salad bar was my first stop. I piled an adequately-clean plate with chopped lettuce, shredded carrots and tiny croutons that would have passed for crumbs in a larger establishment. I added a ladle-full of bright orange French dressing from a small trough on the salad bar and headed to our table to begin my first course.

Finding enough to eat among the animal flesh would prove tricky. I located a mass of misshapen objects that had been breaded and deep fried beyond reasonable recognition.. An index card-size sign identified the morsels as fried flounder. I am used to seeing flounder as large, flat slabs. These things looked shriveled and scared. Making my way down the buffet, I spooned myself some fried potatoes, some vegetable lo mein and a few fried plantains. I topped the food mound off with a slice of heat-n-serve garlic bread. I looked down at my plate. Everything was the same color. It was beige. Very beige. And it looked like a four-year-old advised me on my choices. A cup of ketchup brightened things up.

Dessert, the best part of any meal, was next. The dessert station offered several unappetizing cakes, a large but untouched tray of dry-looking brownies and a larger tray of Pillsbury "Ready-to-Bake®" sugar cookies boasting Hallowe'en designs. It is nearly Memorial Day. You do the math.

As I considered my dessert options, something over by the cut-up fruit caught my eye. There were several large pans filled with neatly-cut squares of Jello®. They were divided by color and/or flavor. Red. Orange. Green. And clear.

That's right. Clear. I stared at those cubes for a long time. I had no intention of eating that  Jello®. Now, I consider myself fairly adventurous. I like roller coasters. I like scary movies. In my meat-eating, pre-kosher days, I even ate alligator and conch. But, I draw the line at see-thru dessert. I really just wanted to see someone else plop a big ol' spoonful of the colorless, jiggly blocks onto a plate. There were no takers. A few snickers and bewildered glances, but no brave souls stepped up to the gelatin plate.

I will never know the fate of the clear Jello®. I made my first and last trip to Hibachi Grill and Buffet at the same time, killing two birds with one stone. I wonder if those two birds ended up on the buffet?

www.joshpincusiscrying.com
Posted by josh pincus is crying at 9:56 PM